Skip to content
HomeTechAmerican woman returned to burning house to retrieve smartphone. She paid the decision with her life.

Attachment to things is one of the negative traits of our time. The term "materialism" is conjugated through all cases, and, as research indicates, one of the most important utility items are becoming smartphones. Unfortunately, for an American woman, dependence on her phone proved to be deadly… and literally.
Shocking news has circulated in the American media. A 44-year-old resident of the city of Bartonville met with tragedy, her house was engulfed in fire. The woman, along with her daughter, managed to escape from the burning apartment.

At this point the story could have had a happy ending, but in reality it happened differently.
A woman remembered that she had left her smartphone in a burning house and decided to retrieve it. Unfortunately, this decision turned out to be the last in her life. The flames, and above all the rising smoke, are merciless. 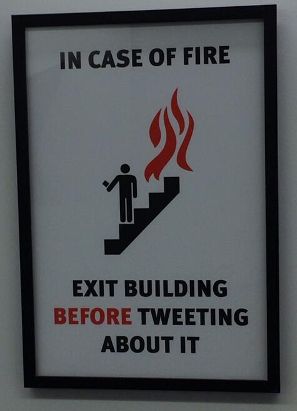 To no avail the action of police and firefighters, the woman could not be saved.
The tragedy described shows how strong the relationship between humans and modern technologies is. Of course, one cannot generalize, probably a small group of people would choose to risk their own lives to recover a phone or tablet, while a drastic case should Force us to rethink our own relationship to material things.
Mobile devices are increasingly important in our lives. They replace a lot of other equipment for us: alarm clocks, watches, cameras/apparatuses, laptops and computers, keys. They are becoming the main tool for communication, and for many work or entertainment.

They perform a variety of functions, accompanying us at almost every moment. For this reason, many people cannot imagine life without them.
However, it is important to keep in mind the underlying issue: smartphone is nothing more than a piece of plastic, Rarer metal, which can be replaced at any time. We do this quite often, opting for a newer model. One wonders how important data must have been contained in the phone of a 44-year-old American woman that she decided to risk her life. Why data?

Because this is the only theme that comes to mind as the only sensible one.
In the context of events from overseas, it is worth recalling A funny photo that today takes on a different meaning. Perhaps the whole drama is not about the smartphone itself, or the data stored on it, but just one of its functions. What do you think?