Skip to content
HomeTechInternet of Things will conquer jobs in almost every industry.

Internet of Things will conquer workplaces in almost every industry 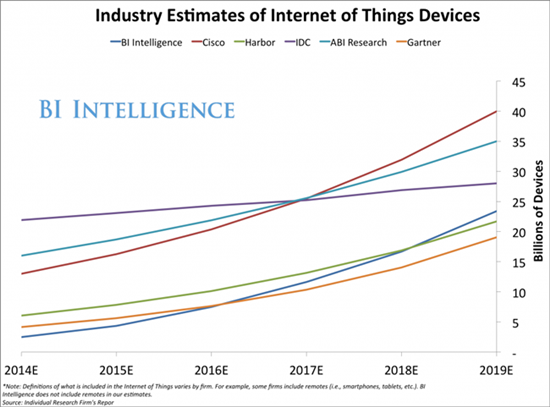 The year 2022 began with a lot of hype surrounding wearable devices. The year 2022, on the other hand, is likely to begin with increasing discussions of the application of the Internet of Things (IoT) in all areas of life, and smart devices themselves will cease to appear to us primarily as wearable gadgets, but as devices that are present every day in our home or workplace, doing some of the work for us.
The Internet of Things brings opportunities in almost every area of life. Many mobile solutions have their origins in solutions for large factories or warehouses (this was the case, for example, with the. QR-codes), and so is the Internet of Things.

Factories, warehouses or office buildings – mobile solutions can find application in any of these places, regardless of the industry. Business Insider has prepared a report on the Internet of Things in the context of workplace device use.
Industrialists are expected to invest $140 billion in Internet of Things solutions over the next five years. Reportedly, it is this industry that is expected to grow most effectively in terms of IoT (Internet of Things) device adoption, and it is in factories that most such devices are expected to be found. 18%, or nearly 1/5 of industrial machinery companies are already using IoT devices in their operations. Nearly as many, 17%, of automotive industry uses these devices in the production of new cars – this group includes m.in. Volkswagen.

The Internet of Things is also expected to grow just as rapidly in logistics industry – $112 billion is expected to be spent on warehouse and transportation automation by 2019. The last major player in IoT is the information industry, including telecommunications.
In its report, Business Insider analyzed the growing trend toward the use of smart mobile devices in the workplace over the next five years. Business Insider's research largely coincides with those conducted by other institutions, such as the following. Cisco, Gartner or IDC – the number of devices belonging to the Internet of Things will steadily increase year after year. According to BI In 2019 their number is expected to reach approx. 24 billion devices worldwide.

The results between the different surveys fluctuate depending on the devices that are included in this group – BI for example. does not include smartphones or tablets in this pool.

Companies affiliated with various industries appear to be at the forefront of automating work using the Internet of Things. But mobile solutions are characterized by rapid development, often in unexpected areas. So any moment now, devices of this type may migrate out of factories and warehouses, entering modern office buildings and facilitating work in every company.